Where Is Wine Blogging Today? 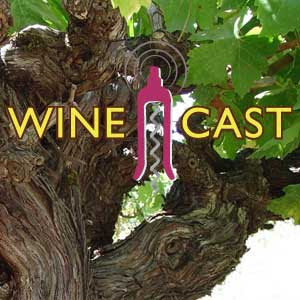 Where is wine blogging today? It's a good question to ask at the end of a year that's seen the rise of Wine Library TV, a proliferation of new wine search engines, consumer ranking sites, and an explosion in the number of wine blogs. This was the question posed to a panel of wine bloggers by Tim Elliott, the man behind Winecast in both its blog and podcast format.

I was one of the lucky bloggers invited on Tim's podcast show to discuss the issue on the latest "Podcast Unfiltered" episode that he co-hosts with Good Grape's Jeff Lefevre. Other guests were Ryan and Gabriella Opaz of Catavino and Alder Yarrow of Vinography. Lenn Thompson of Lenndevours was supposed to join us, but the weather held him up, so we missed out on hearing what he had to say.

It was a lively conversation, and I think it would be of interest not only to wine bloggers but to people like you who read wine blogs. We wondered about the impact that wine blogs were having on consumers, and how to better serve our audience. So give it a listen either through Tim's site or by downloading it via iTunes into your MP3 player so you can listen to it while you're stuck in traffic, taking a walk during lunch, or even (don't tell your boss) at your desk.

Incidentally, when you go by Winecast, be sure to wish Tim Elliott a happy third anniversary and good wishes for his fourth year of podcasting. Tim was thinking about the internet's usefulness as a wine information tool before the rest of us, and his podcast was actually the vehicle through which I learned there was such a thing as a wine blog. He's been an inspiration.

Thanks to Tim and Jeff for inviting me to participate, and to Alder, Gabriella, and Ryan for giving me so much to think about. Pitch into the conversation by leaving a comment on Tim's blog or over here to let us know what you think about wine blogging today, and tomorrow.
Posted by Dr. Debs at 7:32 AM

Sounds interesting - I can't wait to listen! ANd Congrats on being invited to speak on the panel. It really does seem that in the past 3-4 years the internet has just exploded with wine information, blogs especially.

Let me know what you think, John. There certainly has been an explosion, and it was a treat to talk with Alder and Tim, who were among the first to unite blogging with wine.