World Turned Upside Down? Time to Catch Up 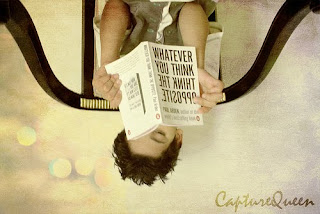 Where did last month go? I don't know about you, but I'm totally upside down with work, work, family, and more work. (photo by Capture Queen)

Hope you are all fully recovered from the festivities of the Thanksgiving season. Lots of you were anxious about wine right up to the day before the Big Dinner, and I hope that you enjoyed whatever you picked. If you want to spy on what others popped and poured, it's always fun to stop by CellarTracker and see what the members there drank on the day. Looks like Pinot Noir was once again the winner among red wines, and Chardonnay was on top among whites.

Over the past few weeks I've been doing a bit of this and a bit of that, wine wise. Some of what I've done doesn't lend itself too well to GWU$20--I've been drinking bottles I've purchased in wine clubs or stores that cost more than $20. I've had some great wine--like the NV Cedric Bouchard Champagne Blanc de Noirs Brut Inflorescence Val Vilaine (domaineLA, $61.99) which was a stunning example of Champagne. I loved its beautiful balance, the fine bead, and the delicate, clean flavors of pear and brioche. I also popped the cork on my 2006 Eric Kent Wine Cellars Pinot Noir Stiling Vineyard ($32.75 from the wine club; available online for $29-$50)I tasted it from a barrel sample in summer of 2007, and it was still a bit young to drink even now. It deserves a few more years in the bottle to further integrate its blackberry, clove, black tea, and vanilla flavors and aromas.

I've also been pulling wines out of the cellar that I purchased some time ago, like the bottle of Cameron Hughes Lot 38 Shiraz from the Barossa Valley. I got it from the winery in the summer of 2007 for $20, and it's still drinking beautifully, exhibiting aromas and flavors of cherry and baker's chocolate. There is less cedar now than when I opened my first bottle in March 2008, but additional fruit notes (blackberry, mostly) have emerged. Another summer of 2007 purchase that I opened this month was the 2005 Handley Gianoli Ranch Zinfandel ($21.40, winery; 2007 vintage now available for $25). It was even better now than it was when I tasted and purchased the wine, with delicious layers of black raspberry and boysenberry notes in the aromas and flavors. There was a peppery spice that played counterpoint to a candied apple note in the midpalate, both of which kept the wine lively and fresh tasting, as did the cool, menthol notes in the finish. Both bottles were nice reminders that cellaring wine--even relatively inexpensive wine--can be a sound investment in terms of taste.

A few exciting new bottles have made an impression on me, too. Chief among them was the 2008 Ludwig Winery Dry Gewürztraminer Dry Single Vineyard Selection from Monterey County (domaineLA, $14) It's been a while since I've been truly excited by a Gewurztraminer, so I'm thrilled with the excellent QPR on this bottle. Layered aromas and flavors of mango, peach, white flowers, and a bit of vanilla bean gift a lift of clementine and apple in the midpalate. It was excellent with spicy Asian food. And I was delighted by the 2008 Mustilli Piedirosso Sannio (sample from Domenico Selections; contact importer for more information)--and reminded how much I love this grape from Campania. The pure, clear Bing cherry notes in the aromas and palate had herbal and floral notes flitting around the edges. Relatively light in body, it's sure to appeal to fans of Gamay and Sangiovese--and it's perfect with spaghetti and meatballs!

Full Disclosure: with the exception of the Mustilli bottle, which was a sample, I purchased all of the bottles described here.
Posted by Dr. Debs at 5:30 AM

Good post! I agree, to get a great tasting bottle of wine you don't have to spend a ton of money. A solid wine is Twin Vine. It's light and refreshing, probably good for someone just getting into wine. Check it out: http://www.jmftwinvines.com/ Blog on!

Grazie. The Piedirosso from Mustilli has really taken off. I think you described it very well.

The Mustilli sisters, Paola and Anna Chiara, will be in NY/NJ next week visiting customers and pouring for consumers. Maybe next year this time you Californians can meet them in LA!

You know, it's really good to read posts that point out the unique attributes that a lower cost wine can bring to the table. Good topic to discuss and should be brought up more often.

Definitely Wood Wine Racks, you're right and i agree with you. Sometimes I never read post with boring content. I waste my time to that.

YOu can only say that when you haven't amor to the site you've open or read its content. But if you like, of course you will say so.