On this Day in History... 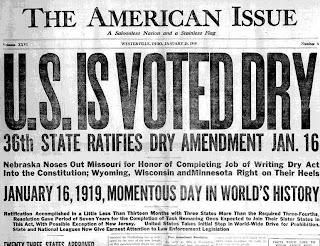 ...drinking wine and other alcoholic beverages was deemed unconstitutional. On January 16, 1919, Americans throughout the nation ratified the 18th Amendment to the US Constitution. A year later, on January 16, 1920, the amendment went into effect, putting an end to centuries of a flourishing wine culture here in the States. (Find this and other Prohibition images at The Authentic History Center) 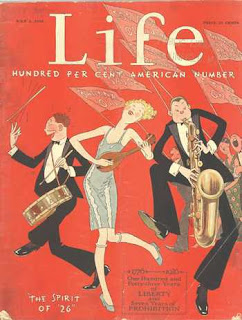 monumental wines in the 19th century were ripped out and replanted with juice grapes, or died through enforced neglect. Americans turned to hard liquor, and the young and beautiful of the Jazz Age thumbed their nose at the law with their bathtub gin and speakeasies.

To the dismay of dedicated Temperance advocates, Prohibition did not work. At last, sanity returned. The 21st Amendment, restoring the right of US citizens to drink their wine, beer, and hooch, was ratified on December 5, 1933. 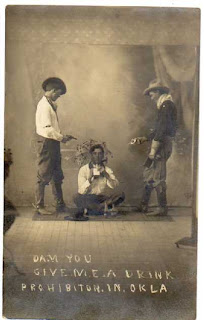 So tonight pop a cork, flip a cap, or unscrew your favorite bottle and toast to the fact that sanity did return and we are able once more to have a glass of wine with dinner (at least in most places in the US). Even better, click over to Free the Grapes and try to get rid of the crazy distribution laws that are the legacy of Prohibition and still place restrictive barriers on inter-state wine sales in many parts of the nation.
Posted by Dr. Debs at 5:59 PM

An awesome piece of history - thanks for the reminder. I decided to stayed dry tonight, in solemn rememberance of this horrific tragedy. I will open something special on December 5th to celebrate the 21st Amendment!

Thanks, Joe! Good to see you back here again. Hopefully you won't wait until December 5--but what a good idea to open something special on that night.